Olympic National Park is one of the most beautiful places in the United States to have a wedding. In fact, as an Olympic National Park elopement photographer, it’s my favorite national park and place I’ve ever been (and I’ve traveled a lot). It’s the perfect place for couples who love luscious greenery, jagged mountains, wildflower meadows, rushing waterfalls, and more. You’ll find nothing short of beauty within this underrated park.

Hurricane Ridge is one of my favorite places in Olympic National Park to visit as an Olympic National Park elopement photographer. It’s incredibly easy to access, and the mountain views it has will leave you in awe. It’s one of the most visited sites within the park, but once you see it for yourself, you’ll understand why. If you’re lucky, you might even come across some deer on the trail who are more than happy to photobomb your ceremony. I highly recommend this Olympic National Park wedding venue!

Lake Crescent isn’t an extremely large area, but I personally love the pier you can get married on. They also have a lodge right next to the pier where you can stay. If you’d like, you can rent it out for your own wedding if you’re truly wanting something private. It’s quiet, has beautiful views, and is the perfect spot for a wedding, both during sunrise and sunset.

Known for being the quietest spot in the United States, the Hoh Rainforest is the perfect spot for a wedding. It’s everything you think of when thinking about the Pacific Northwest – fog, rain, ferns, and forest. There are plenty of secluded areas within the forest for your Olympic National Park wedding.

Ruby Beach is one of the closer beaches to Forks, you know, the famous Twilight town. Ruby Beach is a super cool and unique place, but it can get quite crowded around mid-morning, and definitely during the afternoon. Ruby Beach is the picturesque PNW beach with fog, driftwood, greenery, and rocks.

Lake Cushman is an incredibly scenic lake right on the border of Olympic National Park. There are spots all around the lake, making it possible to have a completely private wedding in one of the most beautiful places within the park. There are also numerous hiking trails around the areas as well.

If you’re a fan of Twilight, you may have heard about La Push Beach. La Push is actually known as a series of three different beaches, all of which have their own unique look, yet similar vibe. However, they all are what you would expect to see from the famous Twilight movies that are so nostalgic. As an Olympic National Park elopement photographer, I know some epic spots around this area!

Kalaloch Beach is located right near Ruby Beach, but it has a much different feel to it. Home to the famous “Tree of Life,” many people from around the world come to visit this beach every year. This is definitely an epic spot to have a ceremony at, and even if you choose to have your ceremony elsewhere, it’s worth making the trip to see the famous tree.

If you’re wanting to get married at a waterfall, check out Marymere Falls. It’s only a 1 mile hike to reach the falls, and along the way you’ll see tons of beautiful areas for pictures. While the falls are not overly huge, they still make a great spot for a wedding, especially because you won’t have to yell over all the rushing water! If you’re looking for something more grand, don’t you worry. Olympic National Park is home to 10,000 different waterfalls!

Mount Storm King is actually a hiking trail within the park. It’s a 5.3 mile roundtrip hike, and I have to warn you, it’s pretty difficult. However, the view makes this difficult hike totally worth it. At the top, you’ll see the most breathtaking view of Lake Crescent. This spot looks especially cool with the moody fog. It’s one of my favorite places in Olympic National Park for a small wedding ceremony or elopement!

Rialto Beach is right next door to La Push and is known for its sea stacks, geological formations & driftwood. There are hiking trails all around the beach, one famous one known as the “hole in the wall” that can only be hiked during low tide. It’s a great beach to get married at within Olympic National Park.

How to Get a Marriage License in Washington

In order to get married in Olympic National Park, you’ll need to get a Washington marriage license.

To get a marriage license, you’ll need to visit the County Clerk’s office 3 days before your wedding with your photo ID and $72 (some counties charge more, some charge less). Simply fill out the application, wait 3 days to pick up the license, and you’re good to go!

If you don’t live in Washington, you can fill out the online application, have it notarized, and send it back with a check or money order.

Fun fact: You can get a marriage license in any county. You DO NOT need to get one in the county you’re getting married in.

To see more information and step-by-step instructions on how to get a marriage license in Washington, check out this County Clerk’s site.

Do I Need an Officiant and Witnesses?

Yes, you will need an officiant and two witnesses in order to get married in Olympic National Park.

How to Get a Wedding Permit for Olympic National Park

How Many Guests Can I Have at My Wedding in Olympic National Park?

Each location within Olympic National Park is different. However, most sites within the park only allow up to 50 people for a wedding (some even lower than that). It’s a great park if you’re looking at having a smaller wedding or eloping!

The best time to visit and get married in Olympic National Park is during the early spring or late fall.

The spring is a pretty popular time to visit the park. However, if you go during the right time, you’ll be amazed at all the greenery, waterfalls, and wildlife you’ll encounter, without all the tourists! The spring is personally one of my favorite times to visit, though you do need to plan ahead with the weather!

During the summer, the park gets extremely crowded, and it can be more difficult to find a secluded spot. While it’s definitely possible to get married here in the summer, just know that you more than likely won’t have a ton of privacy unless you have your ceremony during sunrise. The summer does have the best weather though!

In the winter, it’s extremely rainy, snowy, and most attractions within the park are closed. However, this is when the least amount of people visit the park, so if you want to skip the crowds and don’t mind a little rain and snow, winter is the perfect season!

The fall season attracts the least amount of visitors (aside from winter) due to the rainy weather. However, it’s definitely not as rainy and cold as it is in the winter. Plus, there are still numerous places within the park that don’t have snow, and if you catch it at the right time, you’ll see the most beautiful fall colors around the park.

Where to Stay in Olympic National Park

While there aren’t a ton of lodging options within the actual park (unless you’re camping), Olympic National Park is close to nearby towns such as Forks, Port Angeles, and Sequim. Below are a list of some of my favorite Airbnbs, hotels, and camping options within the park and towns listed above.

Want more elopement inspiration? Check out the 20 Best Places to Elope in California, the 25 Most Jaw Dropping Mountain Wedding Venues, and The Forest Wedding Guide. 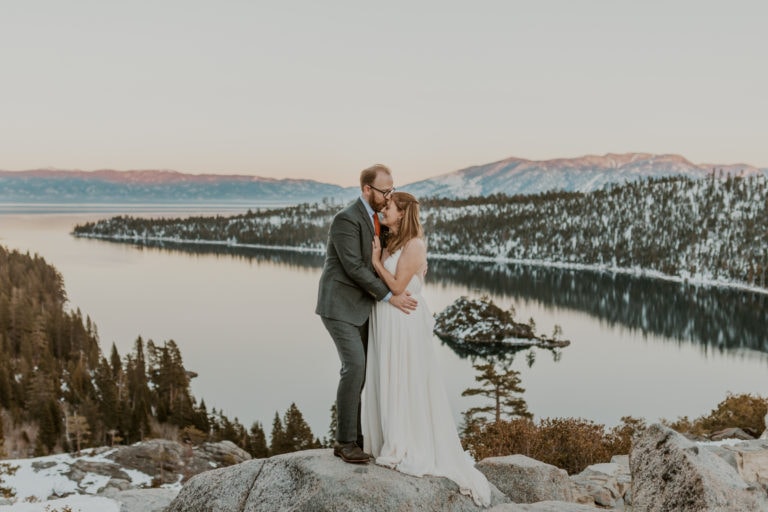 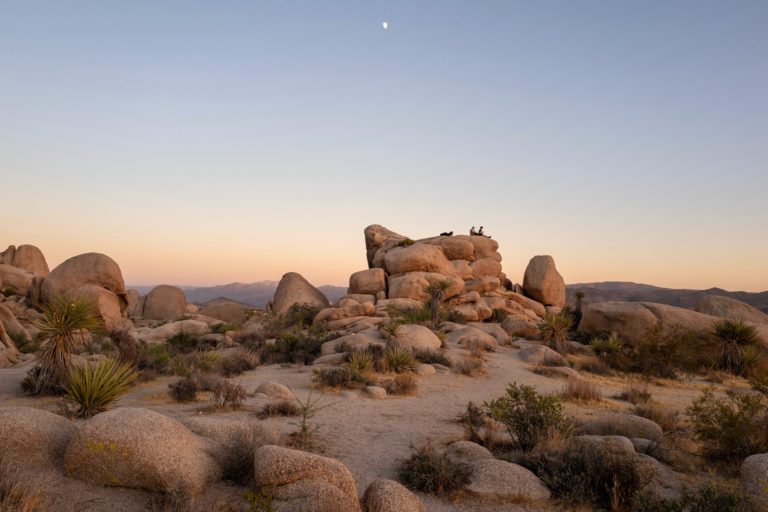 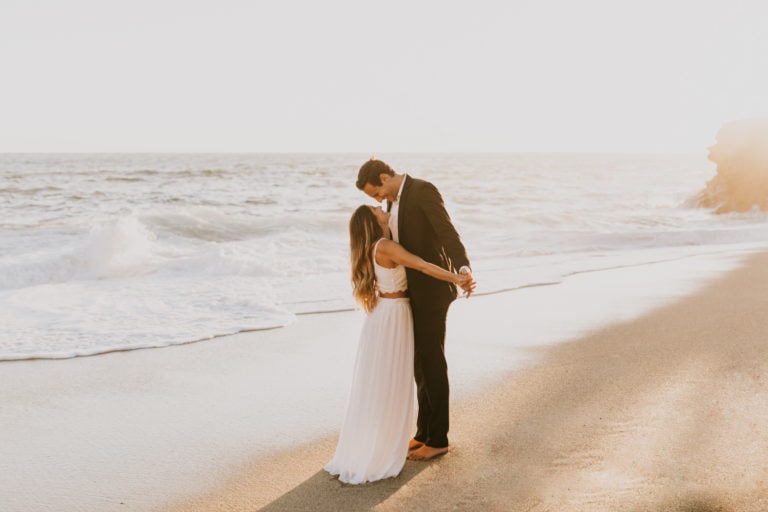 Everything you need to know about how to plan a wedding in Glacier National Park. This guide covers wedding venues, packages, and more. 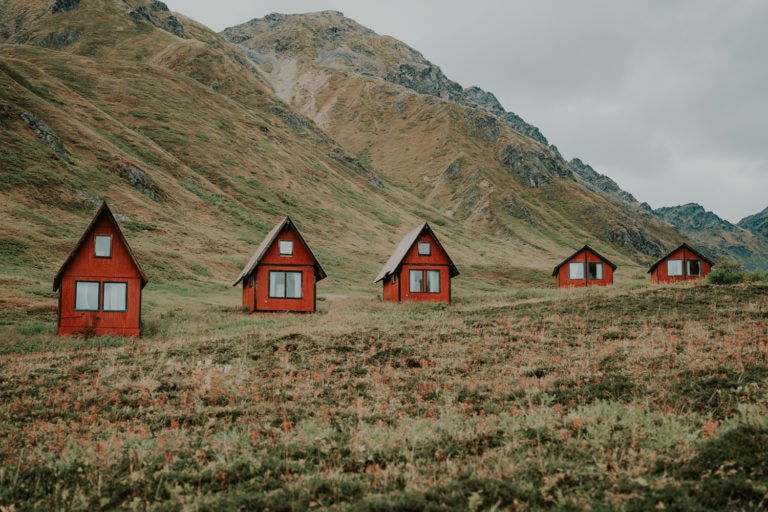 If you’re dreaming of an elopement mountains, check out this ultimate Alaska elopement guide with elopement packages, locations, and more! 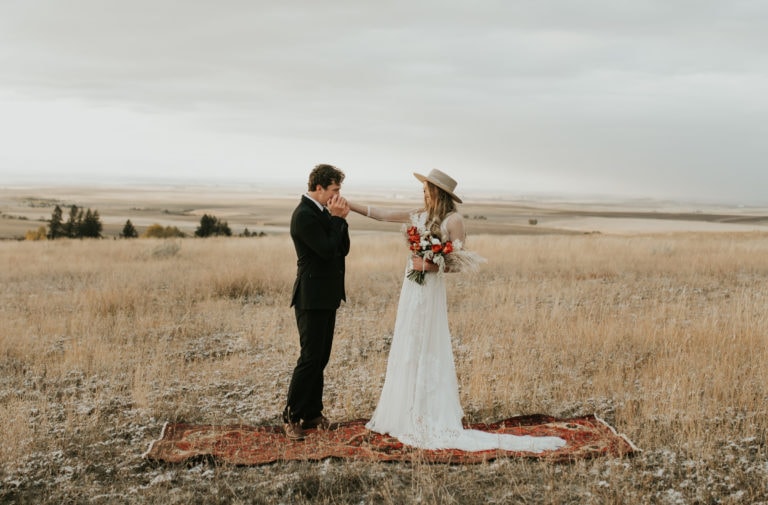